The English courts are bustling with foreign litigants! There are many who want to have their cases heard in the English courts because English law is very well developed and most of the time the courts are able to achieve a high degree of fairness in their rulings.
However, before you head off to the English courts to have your case heard, it is important to read the contract carefully. According to Curry Popeck Solicitors, sometimes, the contracts mention the country where disputes can be resolved and that is an important deciding factor. This will become clear from this case involving a claim for financial losses.
An investor had launched proceedings against a Monaco based b

ank. She claimed to have suffered huge financial losses because of the bank placing unauthorized foreign currency. Her contract with the bank included a clause which stated that the cases will be heard in Monegasque courts in the case of any disputes arising.

The investor also launched proceedings against two English companies that were part of the same group as the bank. The investor’s lawyers submitted that, the cases should be heard in English courts only because if the case were heard in Monaco, there would be a danger of inconsistent judgments. 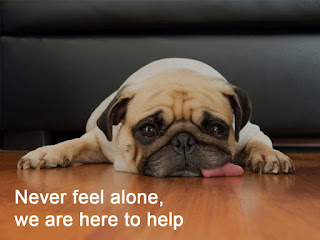 After carefully going through the contract documents and examining the facts, the judge found that it was clearly appropriate that her case should be heard in Monaco. She had accepted that clause when she signed the contract with the bank and her desire to have her case heard by an English judge could be given little weight. The Court of Appeal thus dismissed her appeal. In so doing, the judge had not just considered her contract with the bank, but other factors were taken into consideration too.
When entering into a contract, it is important to confirm what has been agreed to, because in the case of any dispute arising, the clauses included in the contract are always considered, so be sure to go through the contract carefully before signing it, even better have it checked by a legal expert who will understand it better.
One might prefer to have English law apply should a dispute arise. If this is not possible, it is doubly important to take specialist advice, as the law can vary a great deal, even within the European Union, suggest CurryPopeck.
Please contact CurryPopeck Solicitors if you would like more information about the issues raised in this article. Curry Popeck Solicitors specialize in Corporate Law, Family Law, Employment Law, Dispute Resolution, Property Law and Sports and Entertainment Law. Their team of highly experienced solicitors, led by Philip Popeck and Lionel Curry provides tailored solutions on all the above legal issues and will be very happy to help.
To contact them, visit- http://www.currypopeck.com/
Posted by Unknown at 22:06