One of the most common causes of disputes between neighbours is noise. According to Curry Popeck, solicitors in Harrow, in such cases it is always best to try and resolve the problem amicably with your neighbour before complaining to the police or council. Your approach should be constructive and it’s always advisable to suggest ways of solving the problem rather than just making a complaint.

There may be legal solutions available but they should be the last option, suggest Curry Popeck solicitors in Harrow. Seemingly small issues such as noise can become a cause of friction among neighbours, as occurred recently with the Carrabino family and the Baptista family in Kensington.

In this recent case, the family of two young musician of the year finalists, locked in a court battle with the neighbours over their son’s piano playing, won the right to practice for a few hours daily after a series of court proceedings.

The Carrabino family’s next door neighbours, the Baptista family, blamed the pianist brothers’ constant rehearsals for making their lives miserable. Efforts to resolve the matter amicably failed, which then led to a long court battle.

The Carrabino family in their defence said that the brothers had been practicing for almost a decade without any complaint from the neighbours and because the Baptista family’s plans to build a mega basement was rejected by the Carrabinos, they were acting out of revenge.

Siding with the musical prodigies, District Judge Elizabeth Roscoe, said, “Play is absolutely an entitlement unless its extent makes it a nuisance.” She found that the terms of the notice served by RBKC were not reasonable bearing in mind the nature of the activity, so she ruled that the young pianists could practice for up to five hours a day, Mondays through to Saturdays between the hours of 9am and 9pm, up to three hours before 5pm on a Sunday, and hold six concerts a year for relatives up until 10:30pm. 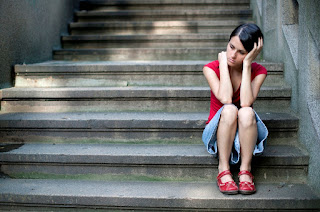 She even asserted, "It is unfortunate that there is a poor relationship between the neighbours here."
According to Curry Popeck, Solicitors in Harrow, “The best way to resolve such issues, is to try to avoid having them in the first place. The ideal approach should be to informally address such issues and if you already have an open, amicable relationship this can help. “

However, if resolving a noise dispute amicably with your neighbour is not possible, then there are ways to resolve the matter legally.

Talk to the experts at Curry Popeck to get the best legal advice on dealing with such cases. Their expert solicitors would be happy to assist you with your dispute resolution or litigation matter. They can provide you with extensive knowledge and expertise across a wide range of areas of the law.

To find out more, visit- http://www.currypopeck.com/
Posted by Unknown at 00:30