Lonely Pensioner Leaves £500,000 Estate To His Builder Because Of His Act Of Kindness


A random act of kindness cannot just change someone else’s life, but your life too,state Curry Popeck,Harrow solicitors. This statement will become clearer from this unbelievable case involving a pensioner and a builder, who was left £500,000 in the pensioner’s will, after refusing to take payment from him for cleaning out his gutters.
Mr. Butcher, 75, a bachelor and a lonely pensioner from North London changed his will to disinherit his cousin and two family friends and left his entire estate, worth £500,000, to a kind builder who refused to take payment from the pensioner for cleaning out his gutters.
The previous beneficiaries of Mr. Butcher’s will claimed that Mr. Butcher was unaware of the contents of his will and did not approve. However, they failed to provide evidence in support of their claim, which led to the court upholding the will in favour of the builder, Mr. Sharp.
Mr. Butcher and Mr. Sharp met in 2009 and remained friends even after the gutter cleaning job was completed. Mr. Sharp would occasionally visit Mr. Butcher and would talk to him about sport and other shared interests. Mr. Butcher’s family however claimed that Mr. Butcher hated sport!
The Judge found Mr. Sharp to be a truthful and straightforward man and did not find any of the circumstances surrounding the signing of the will to be suspicious. The courts eventually sided with Mr. Sharp, as they considered the Will to be made of Mr. Butcher’s own volition and with full mental capacity.
According to the experienced solicitors at Curry Popeck,law firm in Harrow, "wills can be made leaving your entire assets to the person of your choice, however it is possible, following your demise, for a person to challenge your will. Wills can be challenged on many grounds, including lack of mental capacity when the will was made, and many others under the Inheritance (Provision for Family and Dependents) Act 1975.” 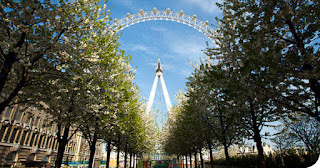 It is therefore very important to have your will made by a solicitor who is a will expertso they can advise you on the best ways to prepare this to prevent any challenge. The solicitor you choose may also be able to provide evidence, if necessary, to show that you did have full mental capacity at the time the will was being made, that you understood what you were doing and also that you were not being forced or coerced into making the will.
Your will is one of the most important documents you make as it decides what will happen to your hard earned money and assets after your death. So professional advice is essential and can make a significant difference to any provision made for those close to you.
Contact Curry Popeck, one of the leadingHarrow law firms. They can provide you with extensive knowledge and expertise across a wide range of areas pertaining to wills and lasting powers of attorney.
To schedule an appointment, visit-http://www.currypopeck.com/
Posted by Unknown at 23:21