The Importance Of Hiring A Solicitor To Prepare Your Will


When you decide to draw up your Will it is one of the biggest financial planning steps you will take. While making a Will is important, it is also very important to hire reputable solicitors, like Curry Popeck,Harrow Solicitors,who will ensure your Will has been properly written and is legally binding. Failure to do so can have the same effect as not having one at all. By not choosing an expertsolicitor to write your Will, you risk leaving your family with nothing. This was shown in a recent case where not choosing a reliable Will-writing solicitor resulted in the beneficiary losing a stake in her father’s property:

A person named Ebenezer Aregbesola decided to prepare his Will in 2007. Instead of going to a trusted solicitor, he contacted his bank, Barclays, who offered a £90 Will-writing service.
Ebenezer owned assets and properties both in London and overseas and wanted his daughter, TinuolaAregbesola, to receive his half share in the London property that he jointly owned with his wife.The Will was prepared by the bank, specifically mentioning the gift of his share of property to his daughter.
Ebenezer died in 2014, and his daughter thought that she would be inheritinga half share of his father’s London property.

At the time of writing the Will, Barclays did not investigate the mode of ownership of the property, which was owned as Joint Tenants. According to Curry Popeck Solicitors in Harrow, when a property is owned as Joint Tenants, upon the death of the first owner, the property will automatically pass into the sole name of the survivor, regardless of what is written in the deceased’s Will. The property must be owned as Tenants in Common in order for a share in a property to pass under the terms of a Will to someone other than the surviving owner.

As a result, the gift of the property in Ebenezer’s Will failed and the whole property passed into his wife’s sole name. 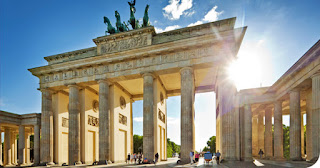 Ebenezer’s daughter sought compensation from Barclays. After an investigation, the Legal Ombudsman found in her favour and ordered Barclays to pay "a fair and reasonable settlement".Barclays however, decided to ignore the Legal Ombudsman’s ruling and the matter is now set to be heard before the High Court.

There are many Will-writing services out there which will cost you less than using the services of a good solicitor. Although they may seem like the perfect middle ground between doing it yourself and paying a solicitor, it can be a risky and costly affair in the long-run.


Don’t let your loved ones end up in a difficult position; always choose trusted solicitors like Curry Popeck solicitors in Harrow,who can provide you with extensive knowledge and expertise across a wide range of areas involving Wills and Lasting Powers of Attorney.

If you want to discuss anything regarding the issues raised in this article or want to schedule an appointment, visit-http://www.currypopeck.com/
Posted by Unknown at 23:14